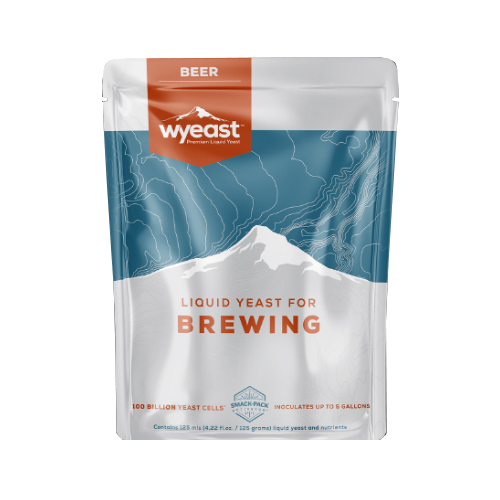 Flocculation is high, and the beer will clear well without filtration. A thorough diacetyl rest is recommended after fermentation is complete.

This strain can be a slow starter and fermenter.

The name Wyeast means a lot to our region, because it's the Native American name for Mt. Hood. According to legend, there was an epic battle between two brothers, Wyeast and Klickitat, over the beautiful Loowit. The struggle was so fierce that the Great Spirit transformed them all into mountains. Klickitat became Mt. Adams, Loowit became Mount St. Helens, and Wyeast became Mt. Hood. This region is rich in craft beverage and fermentation culture, and home to some of the best breweries in the world. Since 1986 Wyeast Laboratories in Hood River, Oregon, USA has been leading the way by providing premium fermentation products.