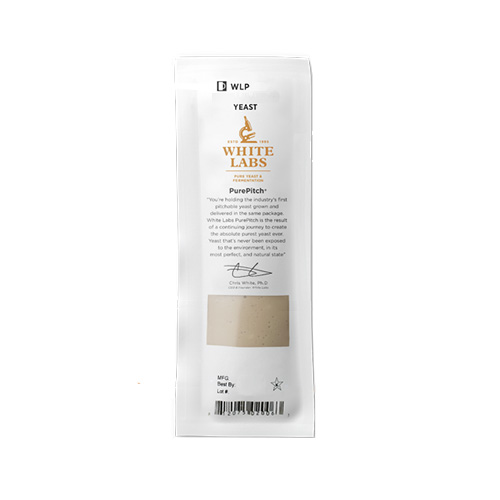 This strain can be used to reproduce many American versions of classic beer styles but has been gaining popularity for its use in East Coast IPAs. It is cleaner and crisper than other haze producing strains. It possesses the similar neutral character of WLP001 California Ale Yeast® with slightly higher ester production. This strain’s attenuation leaves some mouthfeel and residual sweetness which balances hop bitterness. It’s a great all-around strain for balanced, accessible beer styles such as blondes, pale ales and amber ales.

"By far, my favorite White Labs strain to use for New England IPAs is WLP 008 East Coast Ale. This yeast strain is relatively neutral, with slightly more fruity ester production than WLP 001, is easy to work with, attenuates well, and doesn’t flocculate nearly as much as some English strains...008 has given me consistent results every time, perfectly in line with what you would hope to experience in a New England IPA." --The Beer Nerd Collective