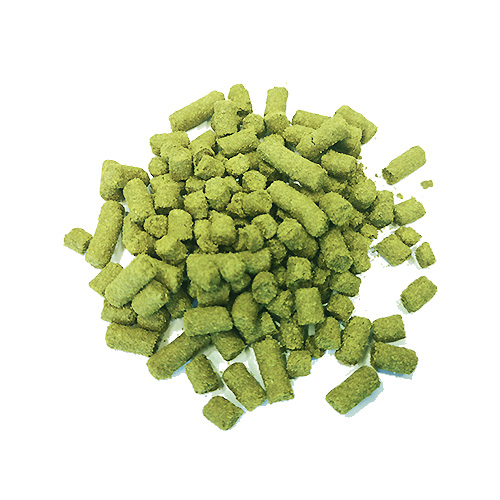 Aroma: Citrus, grape fruit with hints of peach and melon.

Aroma: Citrus, grape fruit with hints of peach and melon.

Amarillo is an american hop with it's relatively high alpha acid levels can be used as both bittering and aroma hop. Amarillo has the highest so far measured levels of Myrcene, it contributes to Amarillos grapefruit, citrus aroma and taste.

Cryo is hop cones that are are frozen with liquid nitrogen, then the lupulin glands are separated from the now nearly completely debittered leaf, or low alpha bract. You only need 50% as much cryo pellets as ordinary hop pellets which means only half of the physical, vegetal mass get added to the batch and you get more beer in the end.