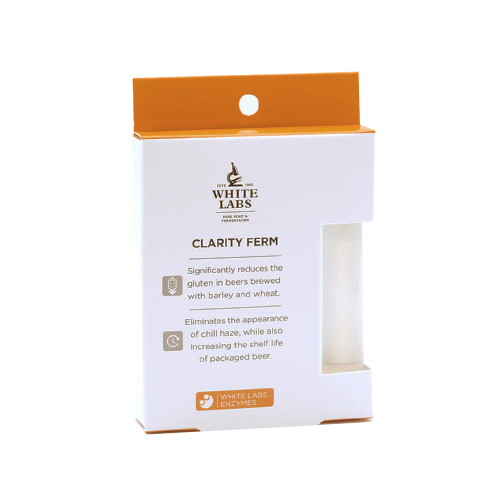 Gluten and chill haze reduction. Most often used to reduce the gluten content of beer to below 20 ppm, which is the limit for gluten-free.

Clarity Ferm is an easy-to-use enzyme that eliminates chill haze in beer and serves as an alternative for clarifying and stabilizing the appearance of beer. Additional benefits also include cost savings for breweries, enhanced efficiencies, and innovation proven to reduce gluten.

While the enzyme helps break down the sensitive (haze-active) polypeptides that create chill haze, its reaction is very specific, so you can rest assured that no other beer parameters (i.e. flavor, aroma) will be affected.

Clarity Ferm may be used in combination with all types of brewing materials. Simply add when pitching yeast, and Clarity Ferm will do its work during fermentation. Once fermentation is complete, the possibility of chill haze occurring will be eliminated and you will have a stable and clear beer.

In addition to eliminating chill haze, Clarity Ferm significantly reduces the gluten content in beers made with barley and wheat. A Clarity Ferm treated beer made from barley or wheat will typically test below 20 ppm of gluten, which is the international threshold for brewing considered "gluten free." White Labs also offers gluten testing for beers. While this test allows brewers to know the gluten level of their beers, the values may not be used on packaging labels until the FDA completes its own validation.

In Sweden, you can have the gluten content tested on your beer by a laboratory.

In order to call your beer gluten-free, it must be tested in an approved laboratory so that you can prove that your beer falls below the current limits for gluten-free products. If you order this product from a another country than Sweden, you wil have to check what guide lines you have to follow in your country. 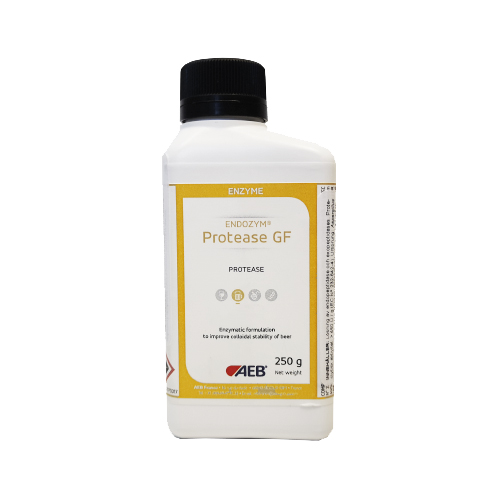